If the pow­er goes out on the Alice Springs grid, there’s one man who will rarely notice.

Trevor Hyman has been off the grid for more than 20 years, despite ameni­ties being ful­ly acces­si­ble from his rur­al block. He does it with two solar arrays, three bat­tery banks and two wind tur­bines; not to men­tion five 6,000 gal­lon water tanks.

A cab­i­net mak­er by trade, Mr Hyman was intro­duced to elec­tron­ics by his diesel mechan­ic father, and recalls how he devel­oped his skills.

“I’d run my tele­vi­sion set and microwave. We took all this stuff when we went camp­ing. So that’s how I start­ed tin­ker­ing with electrics.”

After mov­ing to Alice Springs in 1989 and buy­ing his block with­in the first year, Mr Hyman start­ed pro­duc­ing his own pow­er, despite also hav­ing to devel­op the property.

“There were no trees, no toi­let, noth­ing – I had to fin­ish the place off,” he said. The trees are now well-estab­lished, thanks to his grey water retic­u­la­tion system.

Mr Hyman said he was ​“on and off” the grid for the first decade, which caused some con­fu­sion with the Pow­er and Water Author­i­ty of the time.

“I was using some of their pow­er and some of my own pow­er, using a changeover relay which I made myself,” he said.

‘I said, ​‘well they won’t work because I don’t use them. I’d like you to take them away.”

He esti­mates his invest­ment into tech­nol­o­gy over the years to be in the region of $40,000, but he’s enjoyed the learn­ing process and the chal­lenge of liv­ing off-grid, and ​“doesn’t have to find the mon­ey” to pay reg­u­lar pow­er and water bills.

Mr Hyman built the wind tur­bines him­self: one 6ft in diam­e­ter and the oth­er, 8ft. They trick­le charge the bat­ter­ies overnight.

“There’s fair bit of wind around up here if you want to use it,” he said.

Of the three bat­tery banks, he only real­ly uses one. The oth­er two pro­vide back­up for cloudy days. If things real­ly don’t go to plan, Mr Hyman does have the abil­i­ty to use his diesel gen­er­a­tor (usu­al­ly used to pow­er a vehi­cle hoist) to pro­duce house­hold elec­tric­i­ty, but in his two decades off the grid he has nev­er had to flick the switch.

Mr Hyman said he didn’t real­ly keep up with what was going on with the grid, and how oth­er peo­ple ran their lives; but his sense of increduli­ty at wast­ed resources has always been a theme.

“When I first came up here to Alice Springs there wasn’t one house with gut­ters on it. All that water going to waste,” he said. ​“Why don’t they use it?”

As a coun­try he thought Aus­tralia ​“could do bet­ter” in its use of the abun­dant solar resource, but noth­ing real­ly wor­ries Mr Hyman.

“I don’t have to wor­ry about the grid,” Mr Hyman said.

Mr Hyman made head­lines back in 2002, and still has a paper copy of the June 12 edi­tion of the Alice Springs News, in which he features. 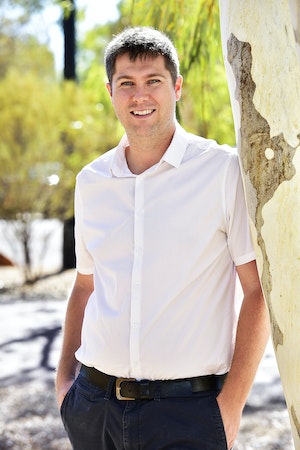 The Intyalheme Centre for Future Energy is pleased to announce that Tristan Simons has been appointed to the role of General Manager. 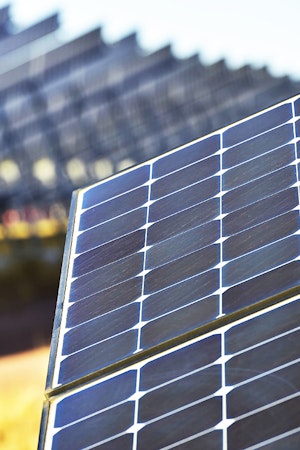 Intyalheme will lead a project to increase renewable energy uptake through the development of microgrid technology. 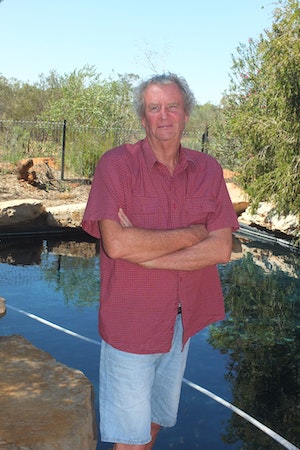